Football, also known as “the beautiful game,” is the most popular and most watched sport in the entire world and it is also loved and followed by millions of fans as well.

There’s a lot of reasons to love football and be a fan of the game, starting from the shared passion among supporters, the togetherness that comes with different people supporting the same club, and of course, the bitter-sweet rivalry that comes with it as well. 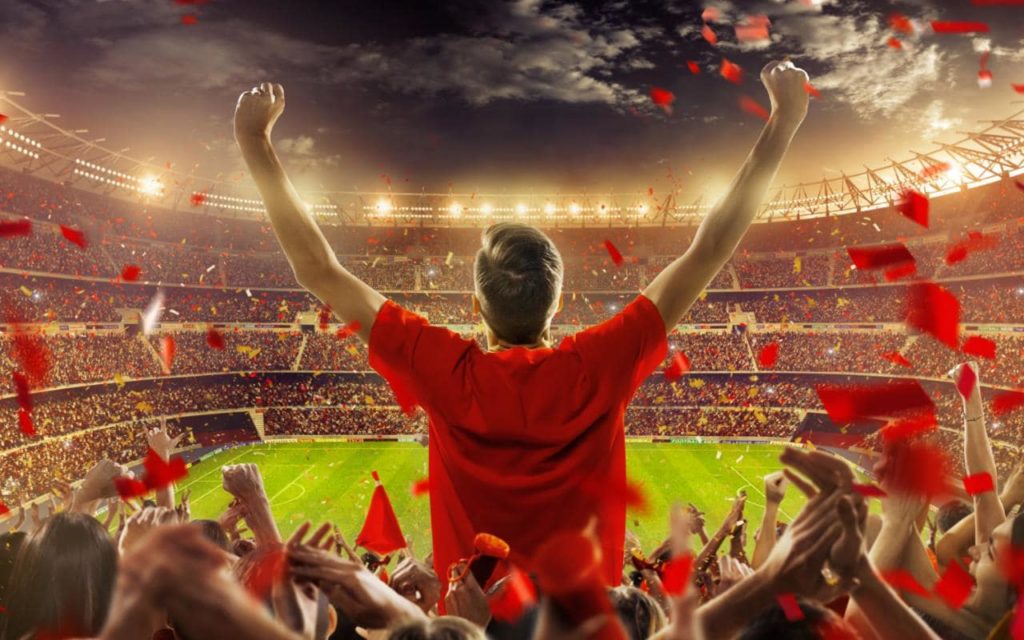 If you’ve ever watched a UEFA Champions League tournament, the highly-rated competition that elite football clubs across Europe play, you would immediately fall in love with what you see.

To put the icing on the cake, football’s most prestigious tournament, the FIFA World Cup, which is the most popular and most-watched sporting event globally, comes with many emotions, reactions, and shared passion.

You can also be a part of the football lovers’ family, and all you need to do is follow a couple of simple steps.

One of the most straightforward ways to be a football fan is to start watching television games. There are hundreds of football matches played every year, and you can follow them by watching them from the comfort of your home.

The sport is played in different countries globally, and they are recognized in each country by their league’s name.

For example, in Germany, their football league is called the German Bundesliga, and in France, it’s called the French Ligue 1. England calls theirs the English Premier League; the Italians say theirs is known as the Italian Serie A, while in Spain, it’s called the Spanish La Liga. These five leagues are known to be in the “Europe’s top 5 leagues” category, but there are other leagues in other countries even though they are not as popular as these five.

Each league has many teams competing for the league title, and you can choose a team from one or more leagues that you want to follow or support.

Watching the games will make you fall more in love with the sport, and you will also get more familiarized with it.

When you hear Americans say “soccer,” but then you hear Europeans and people in other settlements in the world say “football,” they’re talking about the same thing.

Knowing this will help you engage in friendly debates or arguments related to the sport, so you do not think a different topic is being discussed.

You also need to learn about the best players, and the easiest way you can do this is to browse through the different leagues. If you want to know the English Premier League’s best players, you can visit the league’s official website and check through their statistics and profile.

In the last decade, Cristiano Ronaldo and Lionel Messi are the two players who have stood out among the rest, and they also have their names written in history books for their accomplishments and the trophies they’ve won.

While Ronaldo plies his trade with Juventus in the Italian Serie A, Messi is contracted to FC Barcelona. Different clubs have different star players, and once you start following them, knowing the players become easy.

Reading football news will not only make you get more familiar with the game, but you’ll also get to know players by their faces and names because you will find them in the news articles.

Once you can match a player’s face to their name, you would have already made remarkable progress, and you’ll find out that you want to know more.

There are several online platforms where you can read football news, including dailymail.co.uk, espnfc.com, and so on. To follow live match updates, you can always do that by visiting the Livescore website.

You Can Also Get Involved

Getting actively involved is another one of the fastest ways to fall in love with football. This means that you need to pick a single club you will be supported in regardless of their games’ outcome.

For example, you can choose England’s Manchester United as your favorite club and keep supporting them through their thick and thin.

You can get a football banner showing your club’s logo, and trust me; you can’t imagine how proud you would be flying that banner in the air when they win a big game.

The football team banners you choose will also help you increase the love and affection you have for your club, and it can only get better from then on.

Learn To Talk About The Game

When you actively watch football games, you would indeed have things to say when having a football conversation. You can talk about team and player performances, player attitude, player transfers between clubs, match statistics and results, and so on.

There are several online groups and forums where football is the only talked-about topic. You can look for these groups so you can join and put your football knowledge to the test as well. You will also find people who support the same club as you, and it becomes even more fun by then. Have a nice time as you become a better football fan.