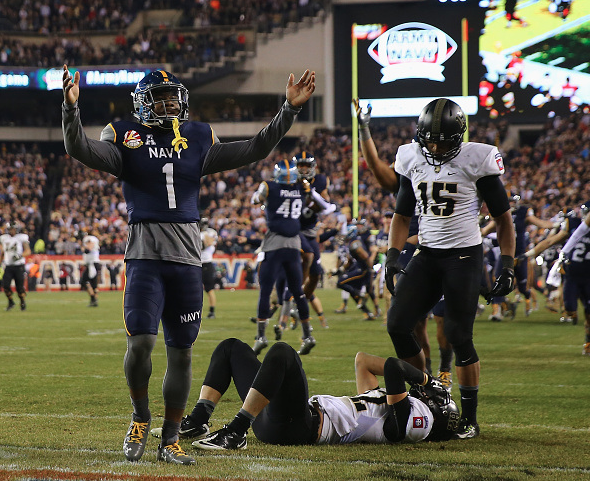 I don’t know what to say anymore. Another December trip to Philadelphia, another heartbreaking loss to Navy. This has to be the most excruciating run in the history of college football. If I was a player at Army and had to accept SMU’s Death Penalty in exchange for beating Navy when we got football back I’d do it in less than a second. Check out what we wrote about Army’s last minute loss in 2011:

That was FIVE seasons ago! Take all of that misery and depression and futility…and add half a decade to it…that’s Army football in 2015. The seniors on this year’s Army team were in high school when we wrote that. That’s the program they inherited, and now they’re leaving West Point with an 0-4 mark against Navy like a decade of players before them. That is incomprehensibly brutal. Hire Chip Kelly or something, guys. This can’t continue.